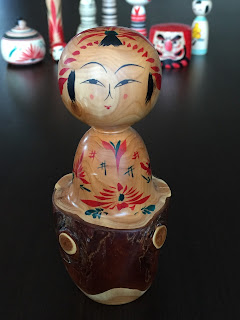 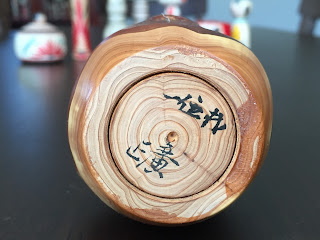 Finally we get to the underside of the kokeshi where we can see how nice the woodgrain is. From this view it also looks as though Mr. Sato may have used a stain to give the wood its sheen. I've never seen that before. The bottom characters say "Masahiro," while the darker characters say "Ichi'izai" which is of course the wood used to make this kokeshi.
Posted by John at 1:01 PM